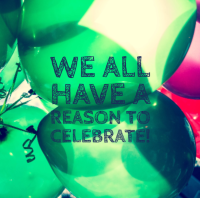 Over the course of the year, I have enjoyed hearing about the success stories that teachers have had after a lesson. Not staying in the same place and doing the same lesson can be very beneficial. Pushing one’s self is an important trait for all teachers and learners to have. It is like the Blockbuster vs. Netflix situation. Blockbuster did not move with the times and push themselves to think differently with their business model. Netflix however decided that it was important to change their business model as human interest and demands changed over the years. Netflix is still around because they decided to push themselves.

I know that I speak on behalf of the tech department at BHS when I say that we are very proud of what has been accomplished tech wise. Bulldogs have done some GREAT work! Here is just a sampling of some of the great things that have been implemented this past school year…

LOTS TO BE PROUD OF! Obviously, I do not have every single new thing that happened this year. This is just a sampling of what I could remember. (If you think of something that I should add, let me know). Good things have been accomplished. Looking forward to the new possibilities next school year. #proudbulldog
And that is my Spiel…